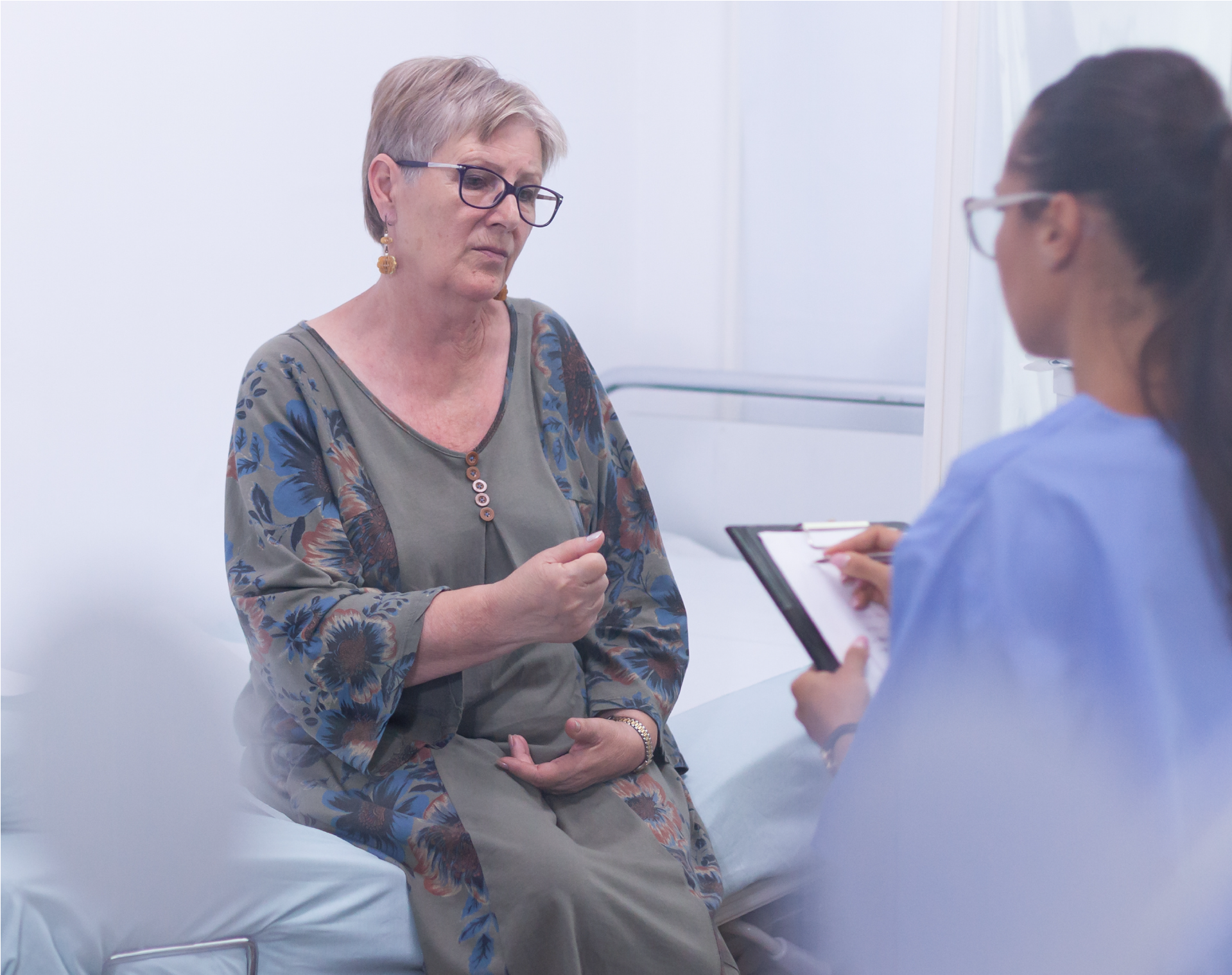 Ovarian cancer is a form of the disease which begins in one of the two ovaries which form part of the female reproductive system. These produce eggs as well as the hormones oestrogen and progesterone.

Cancer occurs when abnormal cells begin to grow and divide in an uncontrolled way - eventually forming a growth (tumour).

Around 7,000 women are diagnosed in the UK every year and the majority are aged 50 and over.

It can occur in younger women, but around half of all cases occur in those aged 65 and over

The symptoms of ovarian cancer can be very vague, particularly when the disease is in its early stages.

Ovarian cancer often goes undetected until it has spread within the pelvis and abdomen. At this late stage, it is more difficult to treat. If found when still confined to the ovary, is more likely to be treated successfully.

See your doctor if you have any of these signs and symptoms:

The National Institute for Health and Care Excellence (NICE) recommends that if you have the following symptoms 12 or more times a month, your GP should arrange tests - especially if you are over 50:

Your risk of developing ovarian cancer depends on many things including age, genetics, lifestyle and environmental factors.

Having one or more risk factors doesn’t mean that you will definitely get ovarian cancer, but the following factors can increase the risk of ovarian cancer:

Older age - Ovarian cancer can occur at any age, but is most common in women aged over 50.

Previous cancer - You have an increased risk of ovarian cancer if you’ve had breast cancer in the past, especially at a younger age or if you had oestrogen receptor-negative (ER-negative) breast cancer.

Women who had bowel cancer at a young age have an increased risk of ovarian cancer compared to the general population.

The increase in risk of ovarian cancer after previous cancer is likely to be partly due to inherited faulty genes such as BRCA 1 and 2, and Lynch syndrome.

Oestrogen hormone replacement therapy - Especially with long-term use and in large doses.

Age when menstruation started and ended - Beginning menstruation at an early age or starting menopause at a later age - or both - may increase the risk of ovarian cancer.

Smoking - Smoking can increase the risk of certain types of ovarian cancer such as mucinous ovarian cancer (a type of epithelial ovarian carcinoma). The longer you have smoked, the greater the risk.

Radiation - There is some evidence to link radiation with an increased risk of ovarian cancer. A very small number of ovarian cancer cases may be caused by radiotherapy for a previous cancer.

Medical conditions - Studies have shown that women with the following conditions have an increased risk of ovarian cancer:

Being overweight or obese - Having excess body fat is linked to an increase in risk of ovarian cancer.

Exposure to asbestos - The International Agency for Research on Cancer (IARC) classify asbestos as a cause of ovarian cancer.

Exposure to talcum powder - Some studies suggest talcum powder is associated with a higher risk of ovarian cancer, but the evidence isn’t very strong. It is possible that any links are due to statistical blips, or that there is something else talc users have in common that could affect their risk. If the talc contains asbestos, it can cause cancer if inhaled. The evidence is less clear for non-asbestos talc.

The following factors may reduce your risk of ovarian cancer:

Is there a screening test for ovarian cancer?

Women in the UK are not all currently offered ovarian cancer screening. However, research is underway to see if a test will detect ovarian cancer early (when treatment is most likely to be curative).

Screening tests being studied are the CA 125 blood test and regular ultrasound scan of the ovary.

Initial tests to diagnose ovarian cancer may include:

Your care will be planned by a team of specialist doctors, including a gynaecological oncologist - a surgeon who specialises in cancers affecting the female reproductive system.

The recommended treatment will depend on the type of ovarian cancer you have, whether it’s spread, and if so, how far. They’ll talk to you about all the possible options, and anything that might affect your decision – including your general health and whether you plan to have children.

Survival depends on many different factors, with life expectancy depending on your:

For women with ovarian cancer in England:

These are general statistics based on large groups of patients. Remember, they can’t tell you what will happen in your individual case.

Good support and advice is available online. Some of the best sources are listed below:

Ovarian Cancer Awareness Month is usually held in March, with a number of organisations participating.